Home Features A remarkable history of popular education: Learning through the story of two feminist activists from South Africa

A remarkable history of popular education: Learning through the story of two feminist activists from South Africa 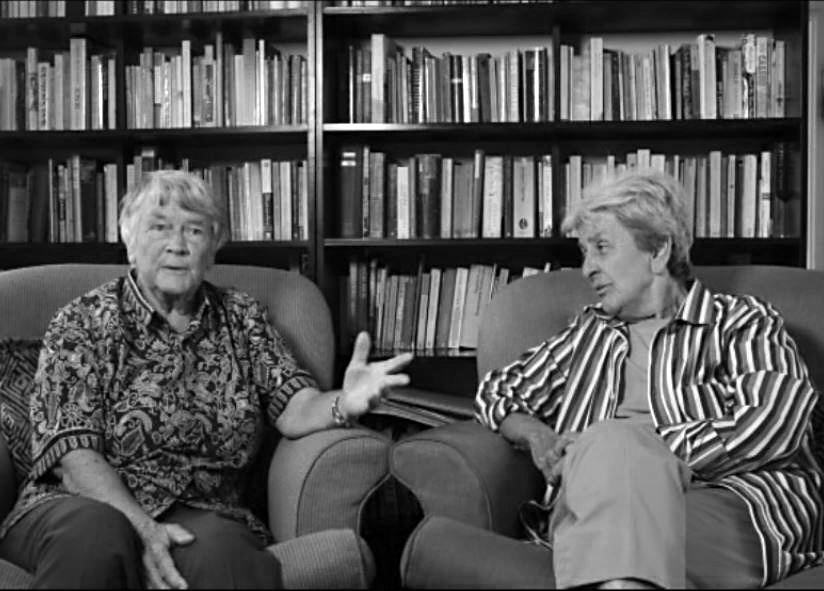 In conversation with Anne Hope and Sally Timmel , originators of Training for Transformation

This interview was recorded in April, 2014, as part of a 3 year research project entitled  â€™Traditions of popular education in South Africaâ€™  sponsored by the National Institute for the Humanities and Social Sciences (NIHSS). The interview offers many insights for popular educators today. Do watch it in full or in part to inspire and deepen practices.

The research seeks to shed light on the (radical) non-formal educational work that operated outside of and often in direct opposition to the formal education system in apartheid South-Africa, pre-1994. The formal education system was a reflection of authoritarian and racist relations in which (â€˜whiteâ€™) masters were deemed to be the experts inducting (â€˜blackâ€™)ignorant people into Western / European knowledge. Popular education sought to recognise and validate subordinated peopleâ€™s existing knowledge and skills and the socio-cultural contexts that gave rise to innovations and strategies of survival.  In the 1970s and 1980s, many creative community initiatives across a wide range of activities and locations, like religious organisations, trade unions, advice offices, NGOs, schools, universities and social movements offered popular or peopleâ€™s education. Training for Transformation, founded by Anne Hope and Sally Timmel, is one of these.

Training for Transformation (TfT) is â€˜based on a philosophy of justice that seeks the common good.â€™ (Hope & Timmel, 2014) It is underpinned by the conviction that transformation is not only essential, but also possible.  Associated with the work of the Brasilian educator Paulo Freire and the writings of Frantz Fanon and Antonio Gramsci, TfT aims at conscientisation. Here, learning â€˜to read the worldâ€™ and understand how personal troubles are connected to broader socio-political issues and people, is the beginning for action. Acting, together, to radically change conditions of oppression and exploitation, is the practice that TfT aims at.

The basic curriculum of Training for Transformation is contained in a series of 4 manuals that have been reprinted multiple times and are now more popular than ever. The fifth volume considers the work in practice: the stories are told by animators from all over the world and offer insights into the difficult but rewarding praxis of education for transformation.

(For details on the manuals see http://www.grailprogrammes.org.za/index.php?option=com_content&view=arti...)

The film is in nine parts â€“ each one a response to a question formulated in line with the larger research question of this â€˜catalyticâ€™ project. They are informed by the intention to understand the machinations of two extraordinary education activists, rather than the desire to create a detailed record of the times. (The story of their TfT work is told by Anne and Sally in Training for Transformation in Practice, 2014, Practical Action Publishing) Rather, the interview generates insights into the context and work of popular educators in South Africa, a programme that has been sustained over 40 years and is still going very strongly, with the training manuals used around the world and more popular than ever. The story is told from the perspective of two women whose commitment to social justice has never wavered and whose insights reveal the moral, political and creative convictions that underpin this work.

Question 1: When, where and how did you become activists for social justice?

The story of the beginnings: becoming activistsâ€¦ (7:39 mins)

Question 2: What forms did your activism take?

Question 3: How did you come to work with Steve Biko?

Anne tells the story of developing literacy education materials â€“ that were later to become the basis for the 5 â€˜Training for Transformationâ€™ books / course manuals. (6:35 mins)

Question 4: What are some of the ethical considerations of a popular educator?

Popular educators are constantly in tension between agitating and animating. Here, Anne and Sally consider the practice of facilitating/ animating as the work of head, heart and handsâ€¦ (6:43mins)

Question 5: Which major texts were you reading at the time?

What are the theoretical, political and inspirational readings that informed the ongoing critical reflectiveness that kept TfT relevant in different contexts of time and space? (3:48 mins)

Question 6: What kept you going through years of exile?

How do popular educators sustain themselves? Anne and Sally talking about their sense of belonging and the importance of spiritual clarity. (10:37 mins)

Question 7: Is there a particular popular education knowledge?

Knowledge is not a product but a creative process â€“ it has to be re-invented end deeply contextualized, all the time. Complex lessons on knowledge â€˜as processâ€™ for would-be educators!  (3:14 mins)

Question 8: Has popular education in S.A. declined since 1994? How so?

A historical question that goes to the heart of â€˜traditionsâ€™: what has changed over time, and why / how? Linking education practice and leadership. (2:26 mins)

Question 9: What advice would you give to popular educators now?

Anne and Sally speak about the importance of â€˜building a currentâ€™ â€“ being part of something that is going somewhere; a binding vision and horizontal structure; They point out the importance of constant reviews and reflection: â€˜what was the quality of our work today?â€™ (6:40 mins)