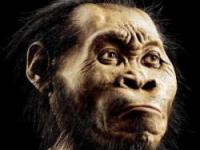 Johannesburg - Scientists have announced the discovery of a new species of human relative in a remote cave chamber in the Cradle of Humankind World Heritage Site.

The discovery of the fossils - representing at least 15 individuals - may alter views of human behaviour, it was announced on Thursday by Wits University, the National Geographic Society and the South African Department of Science and Technology/ National Research Foundation (DST/NRF).

Besides shedding light on the origins and diversity of our genus, the new species, Homo naledi, appears to have intentionally deposited bodies of its dead in a remote cave chamber, a behaviour previously thought limited to humans.

The findings are described in two papers published in the scientific journal eLife and reported in the cover story of the October issue of National Geographic magazine (http://natgeo.org/naledi) and a NOVA/National Geographic Special (#NalediFossils).

An international team of scientists took part in the research.

Consisting of more than 1 550 numbered fossil elements, the discovery is the single largest fossil hominin find yet made on the continent of Africa.

The initial discovery was made in 2013 in a cave known as Rising Star in the Cradle of Humankind World Heritage Site, about 50km northwest of Johannesburg, by Wits University scientists and volunteer cavers.

HOW H. NALEDI GOT A FACE (VIDEO)

The fossils, which have yet to be dated, lay in a chamber about 90 metres from the cave entrance, accessible only through a chute so narrow that a special team of very slender individuals was needed to retrieve them.

So far, the team has recovered parts of at least 15 individuals of the same species, a small fraction of the fossils believed to remain in the chamber.

â€œWith almost every bone in the body represented multiple times, Homo naledi is already practically the best-known fossil member of our lineage,â€ said Lee Berger, research professor in the Evolutionary Studies Institute at the University of the Witwatersrand and a National Geographic Explorer-in-Residence, who led the two expeditions that discovered and recovered the fossils.

â€œThis is a tremendously significant find,â€ said Terry Garcia, the National Geographic Societyâ€™s chief science and exploration officer. â€œThat is why, when National Geographic received a call from Lee Berger reporting the fossilsâ€™ initial discovery, we immediately committed our support to this remarkable effort.â€

A blend of primitive and human

â€œOverall, Homo naledi looks like one of the most primitive members of our genus, but it also has some surprisingly human-like features, enough to warrant placing it in the genus Homo,â€ said John Hawks of the University of Wisconsin-Madison, a senior author on the paper describing the new species. â€œH. naledi had a tiny brain, about the size of an average orange (about 500 cubic centimetres), perched atop a very slender body.â€

The research shows that on average H. naledi stood approximately 1.5 metres tall and weighed about 45kg.

â€œThe hands suggest tool-using capabilities,â€ said Dr Tracy Kivell of the University of Kent in the UK, who was part of the team that studied this aspect of H. nalediâ€™s anatomy. â€œSurprisingly, H. naledi has extremely curved fingers, more curved than almost any other species of early hominin, which clearly demonstrates climbing capabilities.â€

This contrasts with the feet of H. naledi, which are â€œvirtually indistinguishable from those of modern humans,â€ said Dr William Harcourt-Smith of Lehman College, City University of New York, and the American Museum of Natural History, who led the study of H. nalediâ€™s feet.

Its feet, combined with its long legs, suggest that the species was well-suited for long-distance walking.

Perhaps most remarkably, the context of the find has led the researchers to conclude that this primitive-looking hominin may have practiced a form of behaviour previously thought to be unique to humans.

The fossils - which consist of infants, children, adults and elderly individuals - were found in a room deep underground that the team named the Dinaledi Chamber, or â€œChamber of Starsâ€.

That room has â€œalways been isolated from other chambers and never been open directly to the surface,â€ said Dr Paul Dirks of James Cook University in Queensland, Australia, lead author of the eLife paper on the context of the find. â€œWhatâ€™s important for people to understand is that the remains were found practically alone in this remote chamber in the absence of any other major fossil animals.â€

So remote was the space that out of more than 1 550 fossil elements recovered, only about a dozen are not hominin, and these few pieces are isolated mouse and bird remains, meaning that the chamber attracted few accidental visitors.

â€œSuch a situation is unprecedented in the fossil hominin record,â€ Hawks said.

HOW WE STUMBLED UPON H.NALEDI (VIDEO)

The team notes that the bones bear no marks of scavengers or carnivores or any other signs that non-hominin agents or natural processes, such as moving water, carried these individuals into the chamber.

â€œWe explored every alternative scenario, including mass death, an unknown carnivore, water transport from another location, or accidental death in a death trap, among others,â€ said Berger.

â€œIn examining every other option, we were left with intentional body disposal by Homo naledi as the most plausible scenario.â€

This suggests the possibility of a form of ritualised behaviour previously thought to be unique to humans. (In this context, â€œritualisedâ€ refers to repeated behaviour.)

The fossil material was recovered in two expeditions conducted in November 2013 and March 2014, dubbed the Rising Star Expeditions. In the initial expedition, over a period of 21 days, more than 60 cavers and scientists worked together in what Marina Elliott, one of the excavating scientists, described as â€œsome of the most difficult and dangerous conditions ever encountered in the search for human originsâ€.

Elliott was one of six women selected as â€œunderground astronautsâ€ from a global pool of candidates after Berger issued a call on social media for experienced scientist/cavers who could fit through the 18-centimetre-wide cave opening.

Social media continued to play a role in the project, as the team shared expedition progress with a large public audience, schoolchildren and scientists.

â€œThis was a first in the history of the field,â€ said Hawks, who worked with Berger to design the media outreach.

The fossils were analysed in a unique workshop in May 2014 funded by the South African DST/NRF, Wits University and National Geographic.

More than 50 experienced scientists and early-career researchers came together to study and analyse the treasure trove of fossils and to compose scientific papers.

Much remains to be discovered in the Rising Star cave. â€œThis chamber has not given up all of its secrets,â€ Berger said.

â€œThere are potentially hundreds if not thousands of remains of H. naledi still down there.â€

â€œIf we learned about a completely new form of hominin only because a couple of cavers were skinny enough to fit through a crack in a well-explored South African cave, we really donâ€™t have a clue what else might be out there,â€ National Geographic Executive Editor for Science Jamie Shreeve writes in National Geographic magazine.